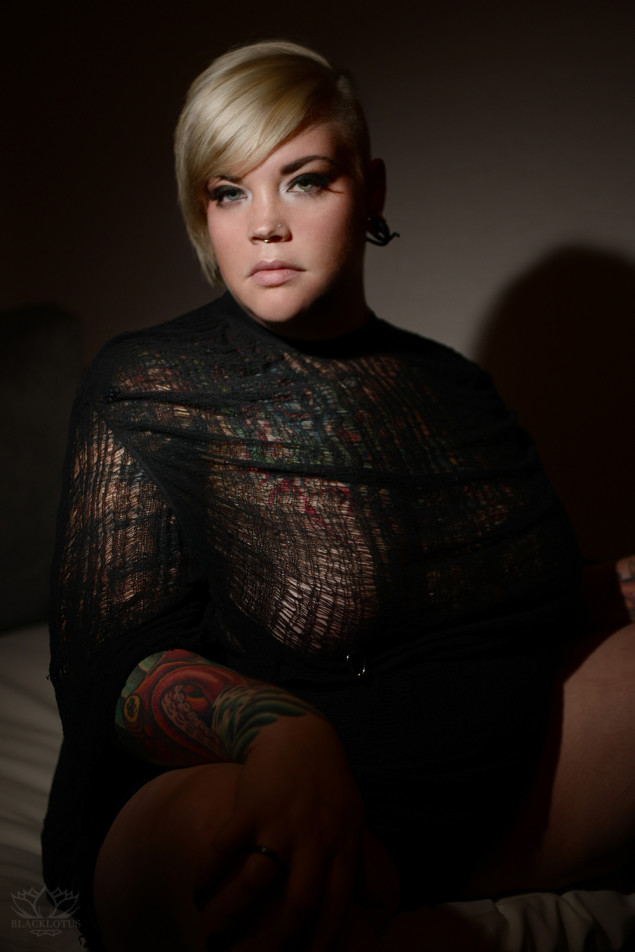 “The ever-elusive lady client: how I’m making myself more accessible to them!” – Erin Black

The first time I ever encountered a woman client was about two years ago. She needed parts of herself fulfilled that she wasn’t getting through her marriage to a man. She identified herself as bisexual, and wanted to be dominated by a woman. I jumped at the chance; I absolutely love being with women, and it’s a rare chance when they’re also into being dominated.

We had such an excellent time together! She was adventurous, not afraid to ask for what she wanted and needed, and we both left the experience feeling fulfilled. I’d seen her once more after that initial experience, and I do hope that she sees me again in the future.

To put it bluntly, I adore women. I have since I was young, though I didn’t really identify with my sexual desire for them until about age 16. I’d always been attracted to women in general throughout my earlier years, but the sexual aspect of it never translated until the hormones started raging and a group of us watched But I’m A Cheerleader. That was the first night I’d ever been with a girl, and it’s a memory that I treasure (and I hope she does too).

I recently reached out to other sex workers via Twitter to find out just how they gained and retained their lady clientele, and the only sentiment I was met with was “I wish I had more women clients too.” While not much help, it was nice to know that other providers were also trying to figure out the same problem. There’s a huge societal stigma concerning women actively pursuing their sexual wants and needs, and the “virgin/hooker” paradox is a mighty strong confine. Being openly bisexual is also stigmatizing, even within the LGBTQ community, and many women who come out as bisexual often get told that “they’re just going through a phase,” or that “they’ll end up coming back to men” or that “they’re just a lesbian in training” (although I’d only ever heard that last one a few times, while the other lines I’ve heard more times than I can count). And while some bisexual women are indeed partnered in either same or opposite sex couplings, that doesn’t negate their bisexuality.

Navigating bisexuality/pansexuality as a provider can be slightly sticky sometimes, though I feel that at this stage in the game, I’m finally beginning to figure out just how to use my fluid sexuality to help clients find me. I hope that with a few tweaks, I can appeal to more women searching to explore all sorts of desires through the conduit of a professional. Women should not be ashamed to seek out pleasure in this manner; dating is basically a nightmare and meeting people who can fulfill your desires without all the pomp and circumstance can be difficult. Women should have the same societal access to hired companionship as men – women should be as guilt-free about pleasure-focused encounters as men are.

A recent discussion on the general board of The Erotic Review discussed women as clients, and it was an eye-opening discussion. There are a few resident women hobbyists on the boards there, and luckily for those of us looking to market to more women, they’ve spoken up about what they look for when searching for a provider. The feedback from these women prompted me to stress the fact that my services are gender-inclusive and that I truly do enjoy being with women. Both also suggested ways in which providers attempting to gain more female clientele might adjust their images and websites to make them more attractive to women seeking services.

I decided to take that advice and adjust some of my ad-copy and write this blog. I want to make it very clear that women of any sexual orientation, body type, gender expression. It’s so important to me that women know this that I’m also cross-posting it on my other website.

If you’re a woman and reading this, I hope that you’ll consider contacting me. I can’t wait to hear from you!

To read more on Erin Black‘s musings, check out her blog!

D/s Relationships: A Convo between Danielle Blunt and Emmy Lewis 11 months ago

The 5 “Love Languages” 4 years ago

ASK US: What does a real life D/s relationship look like outside of the dungeon? 4 years ago